In 2010, the City of Warsaw and the Sinfonia Varsovia Orchestra called for entries to design their new concert hall for 1800 spectators with the ambition to strengthen the role of cultural capital in the area of classical music. Having earned an honourable mention, our concept fits into a monumental building complex in a protected park area. In order to blend the building into its context, we needed to consider the aspects of use and its appearance during the day and at night, throughout the seasonal changes of the year.

We had to enhance the values of the plot itself for the daylight hours: the natural character of the garden, as well as the orientation and appearance of the existing buildings. The plot can be divided into two different parts. On the southern part, in front of the existing headquarters, we have created a busy square bustling with life. The open public functions were situated here, for example, cafes, restaurants, exhibitions spaces and their terraces. The buildings on its two sides could accommodate educational functions including a music school and some event halls. The northern part of the plot is a protected area, the new concert hall will be hiding here, placed on the axis of the main building, respecting the already existing hierarchy of the other blocks. The new concert hall is connected to the main building underground and is composed based on the volumes and appearance of the latter.

We did not create another focus point on the site; we rather designed a contemplating building, which respects the headquarters.

The concert hall creates a background for the existing values of the plot. The skin of the building functions as an extraverted cloister in the garden, thus creating a transition to nature. To emphasize the new building and its function at night, we had to put it into the focus, so that we could influence the atmosphere of the whole site with it. The natural view could be projected with different ambianceson the back wall of the cloister, which suits the atmosphere of the ongoing concert. We would like the facades to appear like a canvas behind the trees of the park around the concert hall. This white skin surrounds the wooden surface of the concert hall. 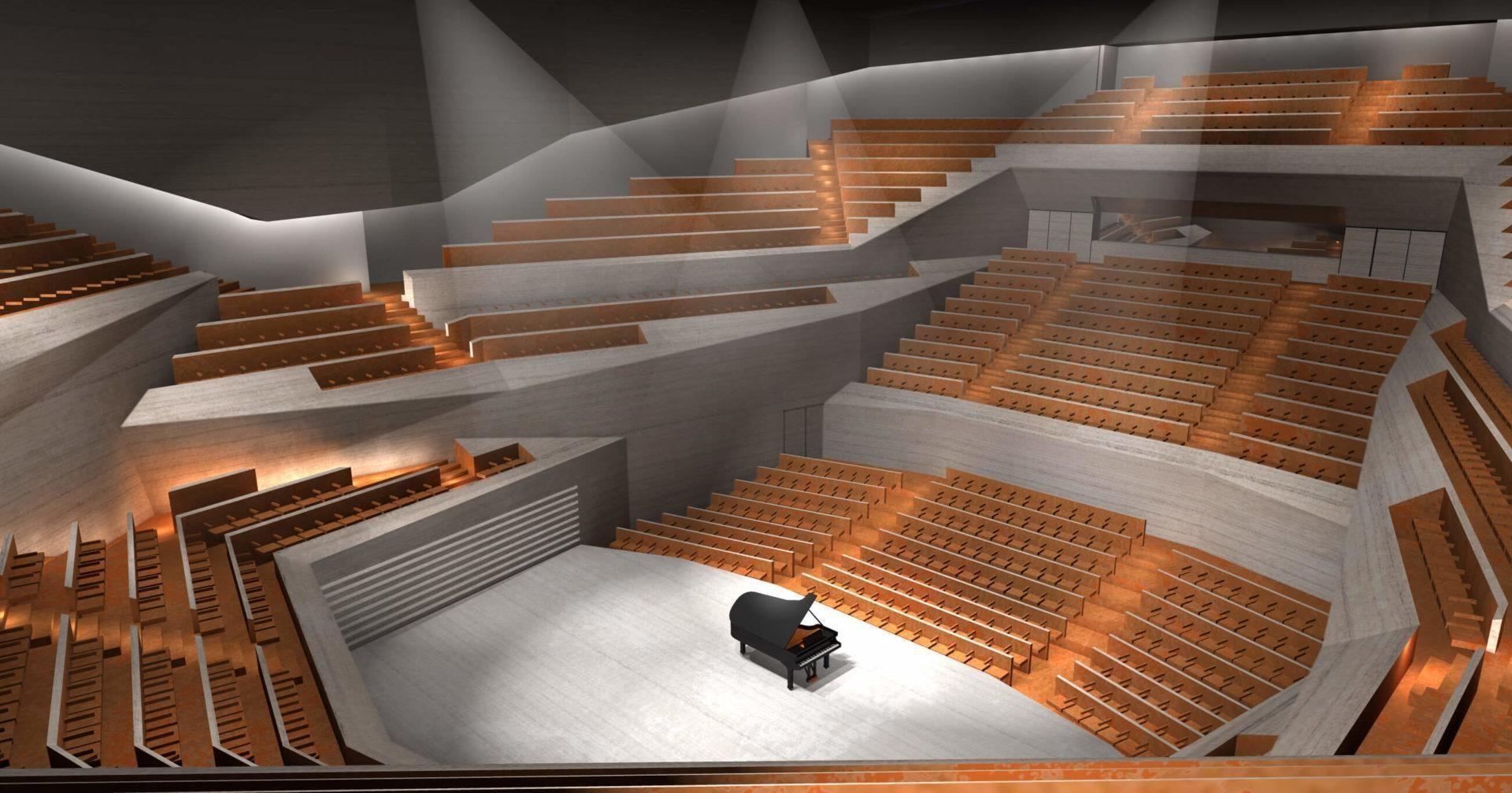 During the design process, our primary aim was to protect the garden around the new building and connect it to the main floor (‘Piano Nobile') of the concert hall.

To separate the different public functions of the building and to preserve the silence of the garden, we placed the entrance area under the garden level. Arriving at the building takes place via a large, representative common space, located in the heart of the park, under the ground, between the old and the new parts of the complex.

Our concept does not only blends well into its surroundings; it is also able to highlight the values of its context – as it was emphasized by the jury's assessment.

The building is withdrawn, behind the trees, thus keeping the existing character of the garden. Its pure white appearance blurs the borders between the building and the garden, functioning as a canvas for the ever-changing view from spring to autumn and hiding it in the snowy landscape in winter. 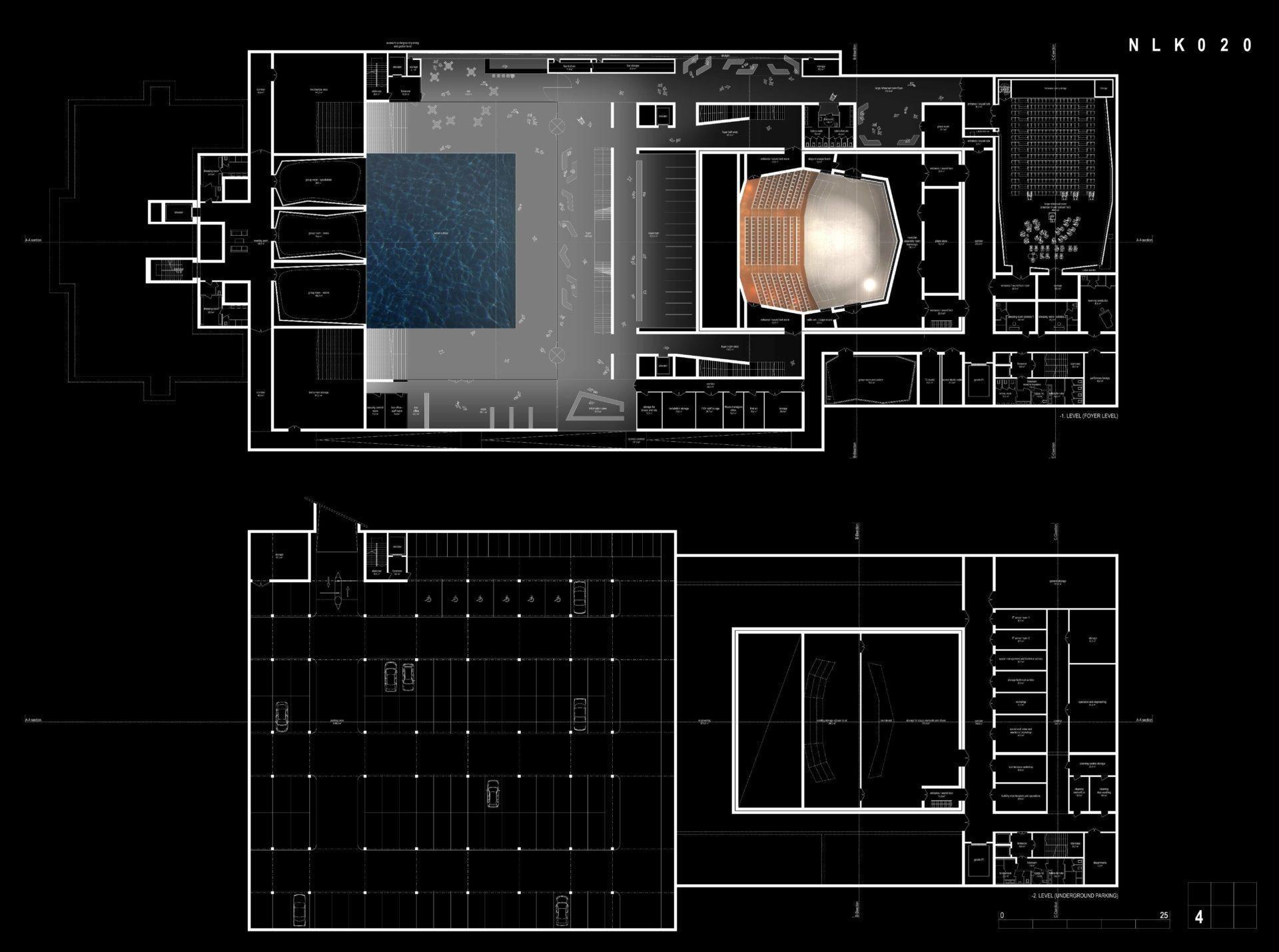 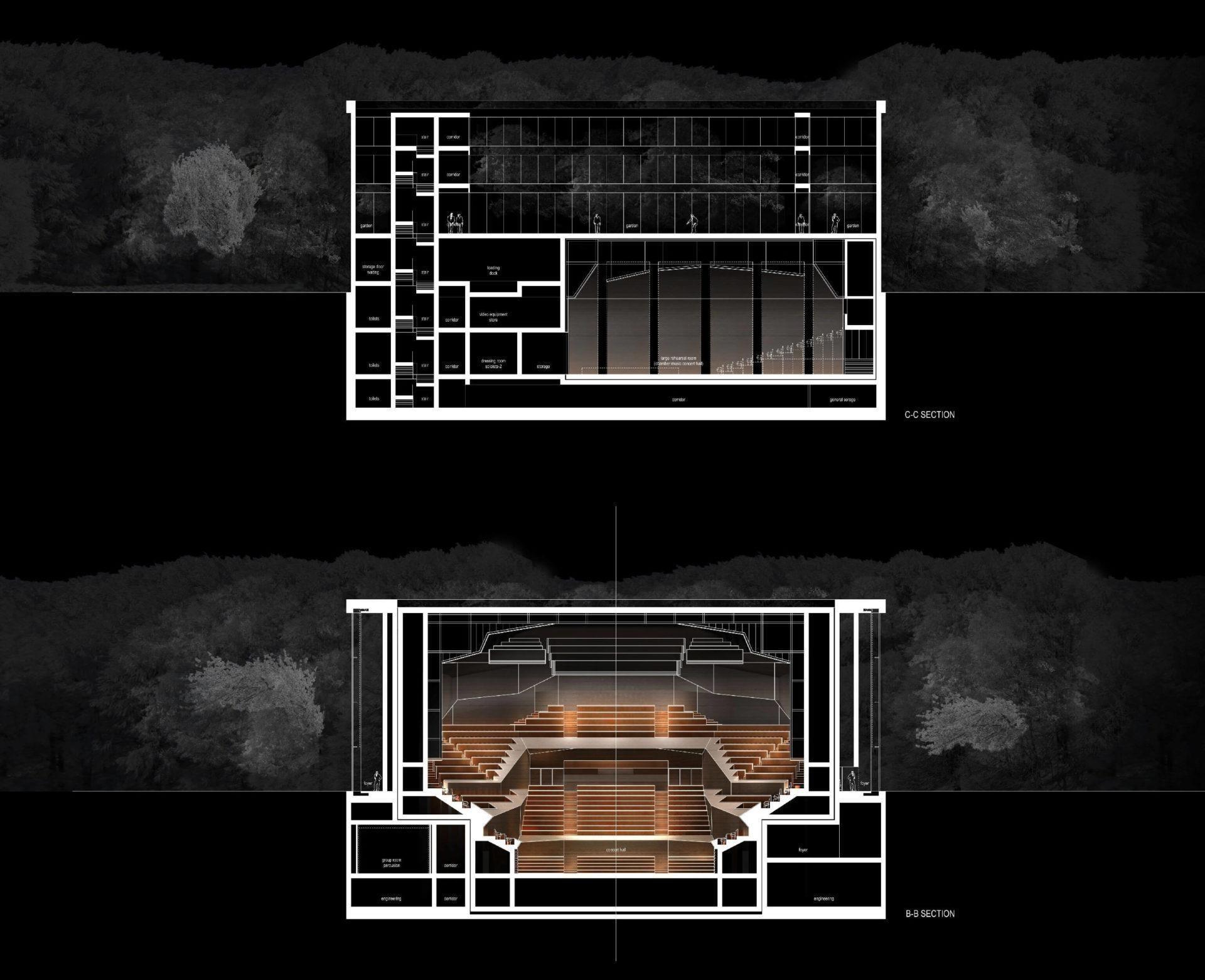 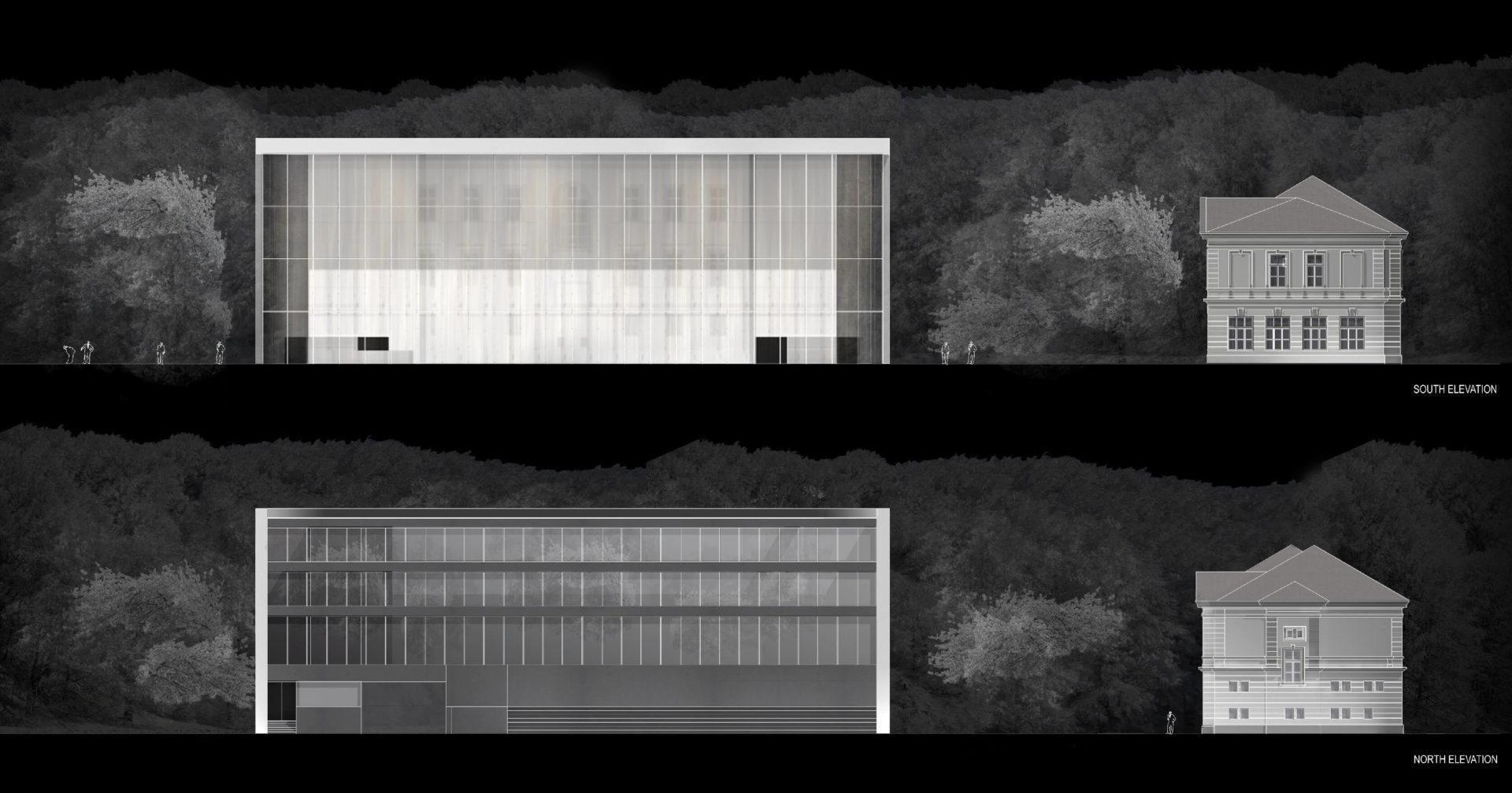 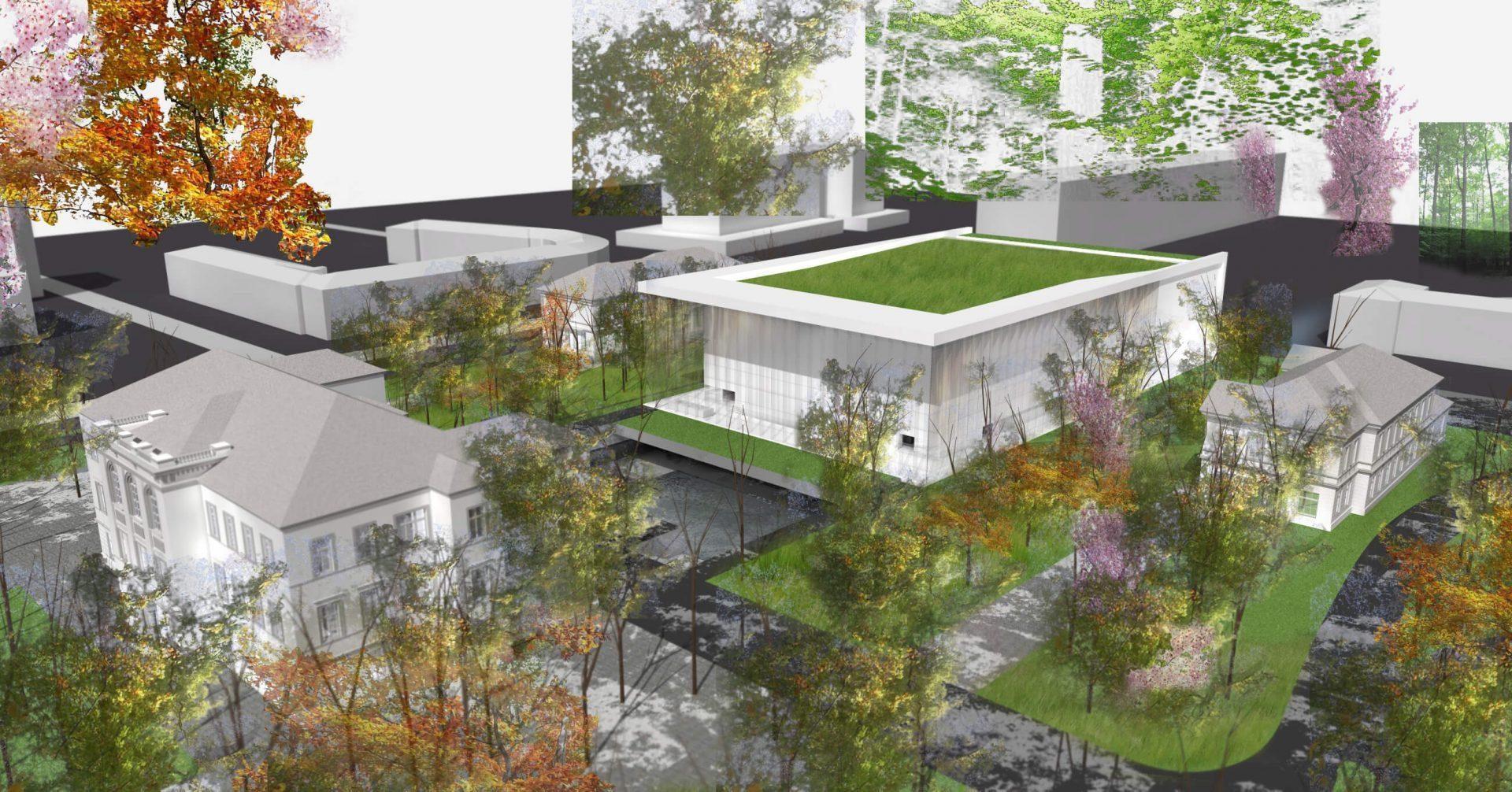 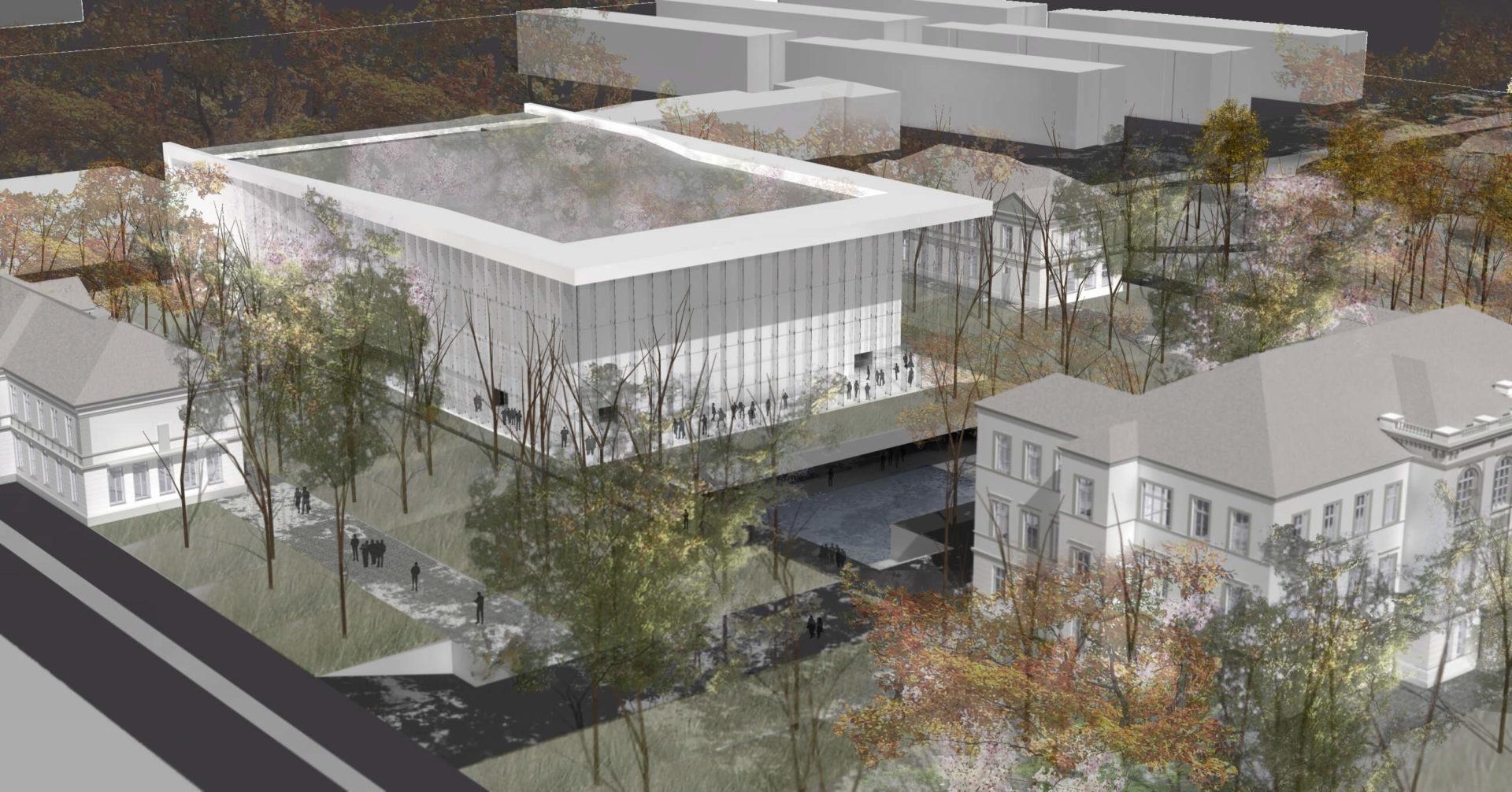 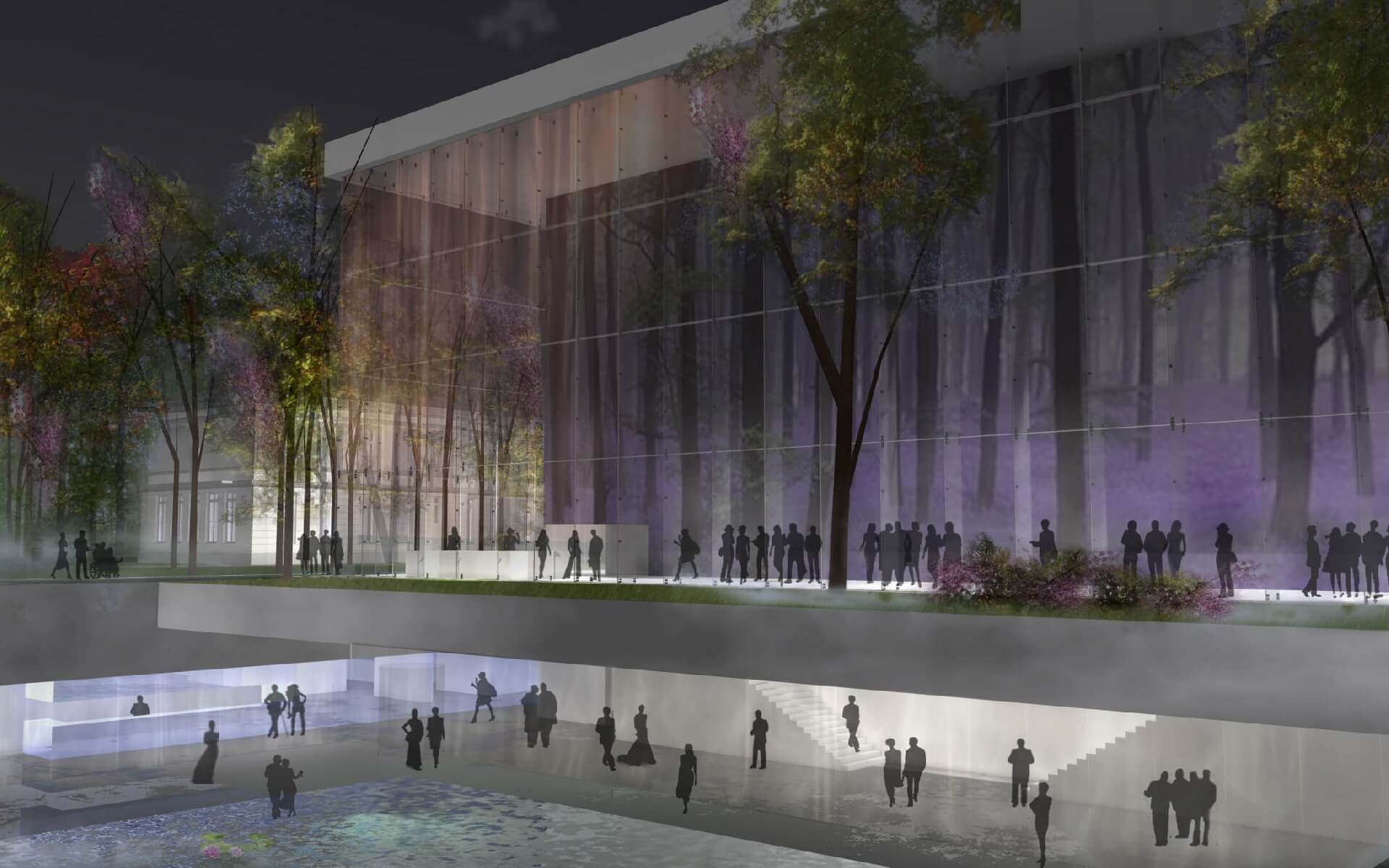 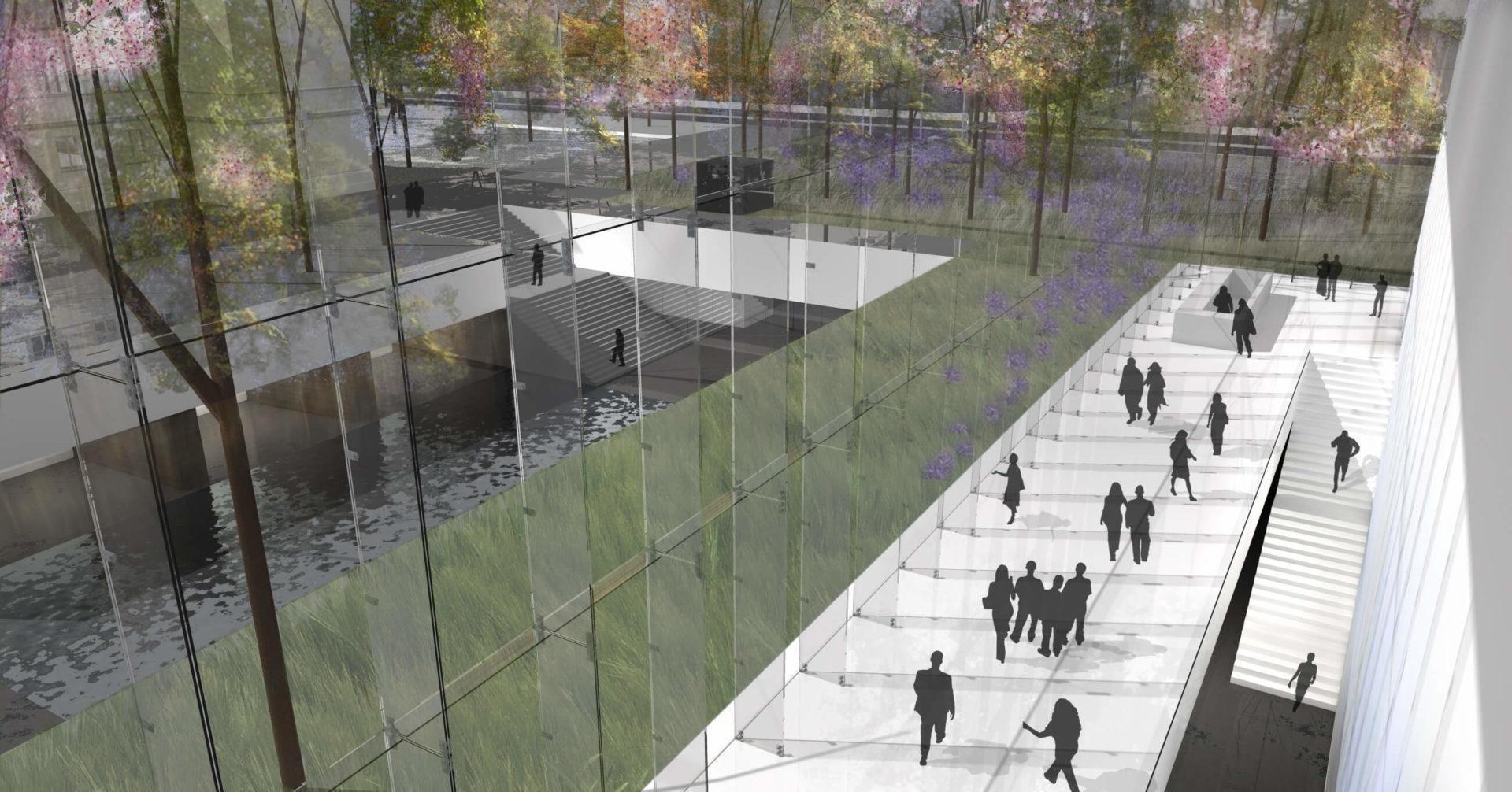