In the past couple of years in Debrecen we have completed a number of buildings that are important from a civic design point of view. We have selected a few, all of which are connected to the so called Nagyerdő (Big forest). We invited the representatives of the media and took them on a tour so as to explain them the concept behind each building and show them our colourful connection with this special place.

Our first job in Debrecen was the largest scale one too: the multifunctional centre of the Nagyerdei Stadium and the rehabilitation of the surrounding Natura2000 park. Since then we have designed Forest Offices, the first high-end office building of eastern Hungary. This autumn we presented the buildings of International School of Debrecen too. The iconic building of Aquaticum Waterpark that will offer spa adventures right in the middle of Nagyerdő isstill under construction. These four locations were the main attractions of the press tour. All four buildings are situated in the Nagyerdő, which has gone through immense alteration in the past decade.

But why is Nagyerdő such a peculiar location? 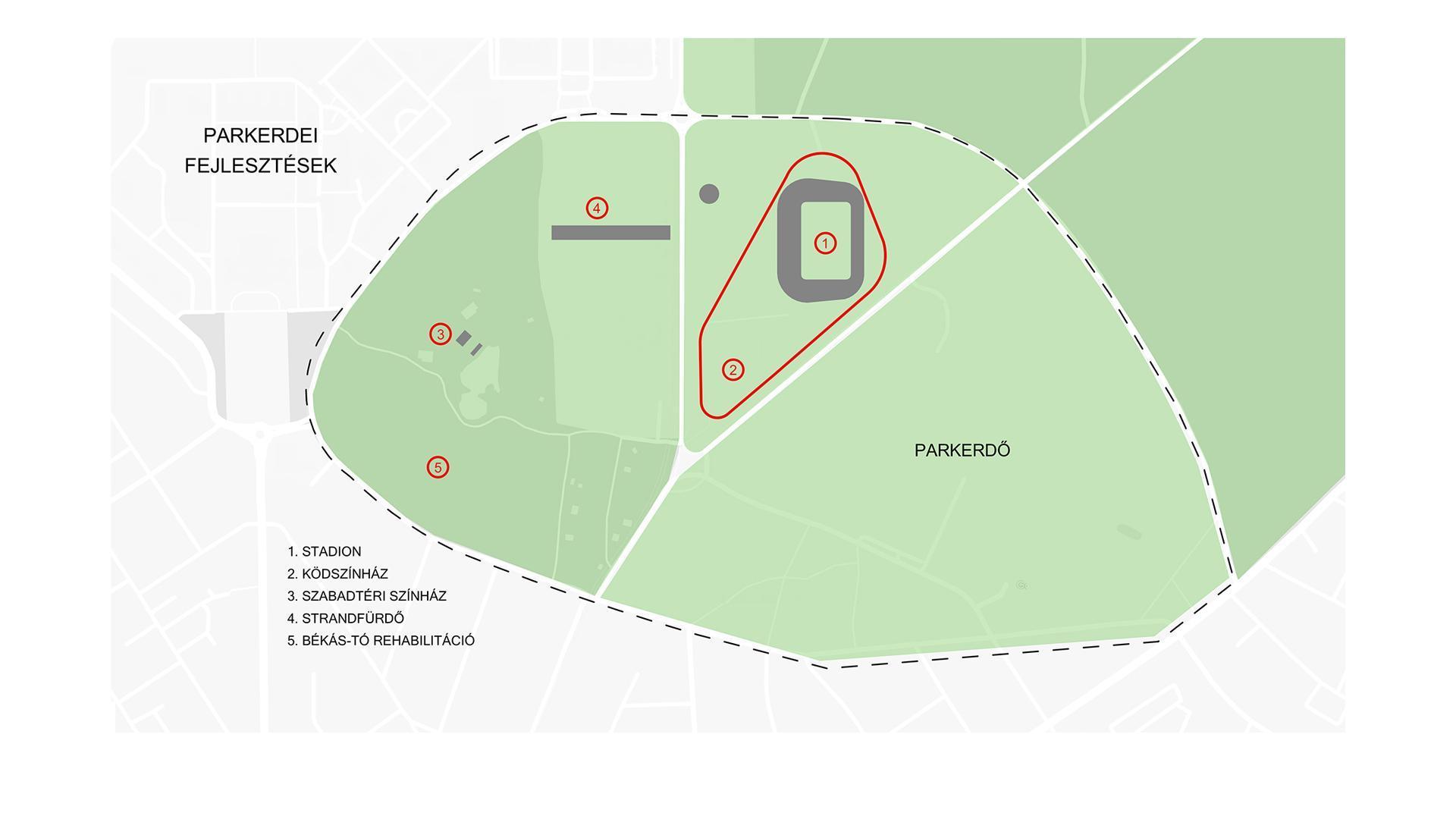 The more than 1000ha area of Nagyerdő is a Natura2000, nationwide protected natural territory where the more than 100-year-old oak trees shelter several flora, fauna and fungi colonies.

The park forest of Nagyerdő is also the single large park unit of Debrecen. Its role is outstanding from both recreational and landscape point of view. After neglecting it for several decades it became obvious by the beginning of the 2010’s that the rehabilitation of the park forest is inevitably necessary. One of he long term development plans of the city was to create a recreational area in the park forest that meets the needs of the citizens. 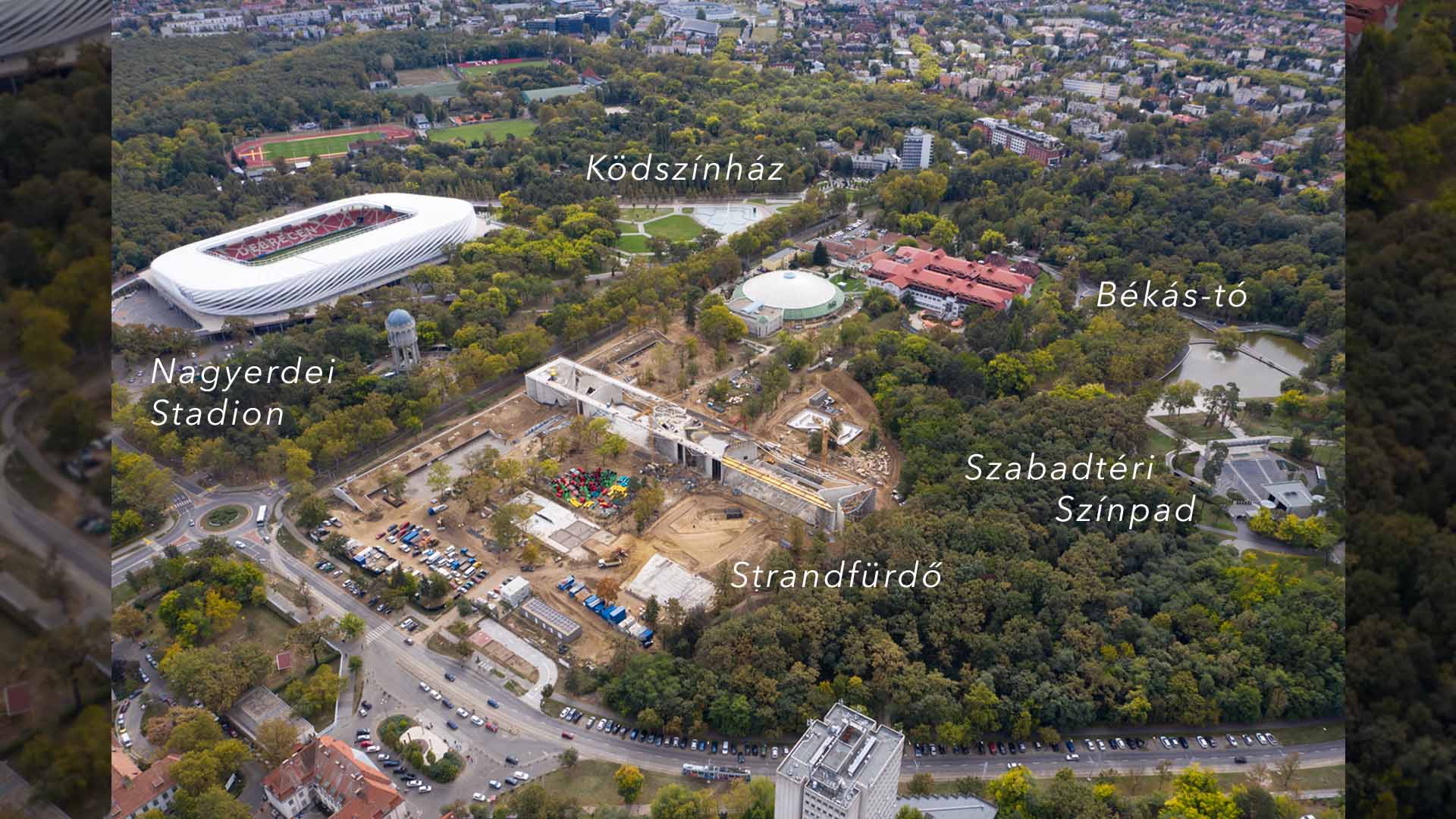 The first milestone and catalyst of the Nagyerdő developments was the multifunctional complex of Nagyerdei Stadium. Previously there was an open-air athletics centre that was raised in the 1930’s.

What’s there to see now? The multifunctional building of the stadium was completed in 2014. Due to the high quality park level services the building is now an integral part of city life. The forest path, which is lead up in the air, envelopes the entire stadium and serves as a transition between the forest and the building. Festivals, concerts and other events are frequently organised here. The running track attracts sports fans; the Ködszínház (Fog Theatre) invites families. The building of the stadium generated some further developments. In 2015 the environment of Békás Lake was renovated, together with the Nagyerdő Open Air Theatre.

One of the last elements of the longterm development strategy of the park forest is Aquaticum Waterpark vis-a-vis the Stadium. The constructions are still going on but hopefully next May it will open its gates to the public. 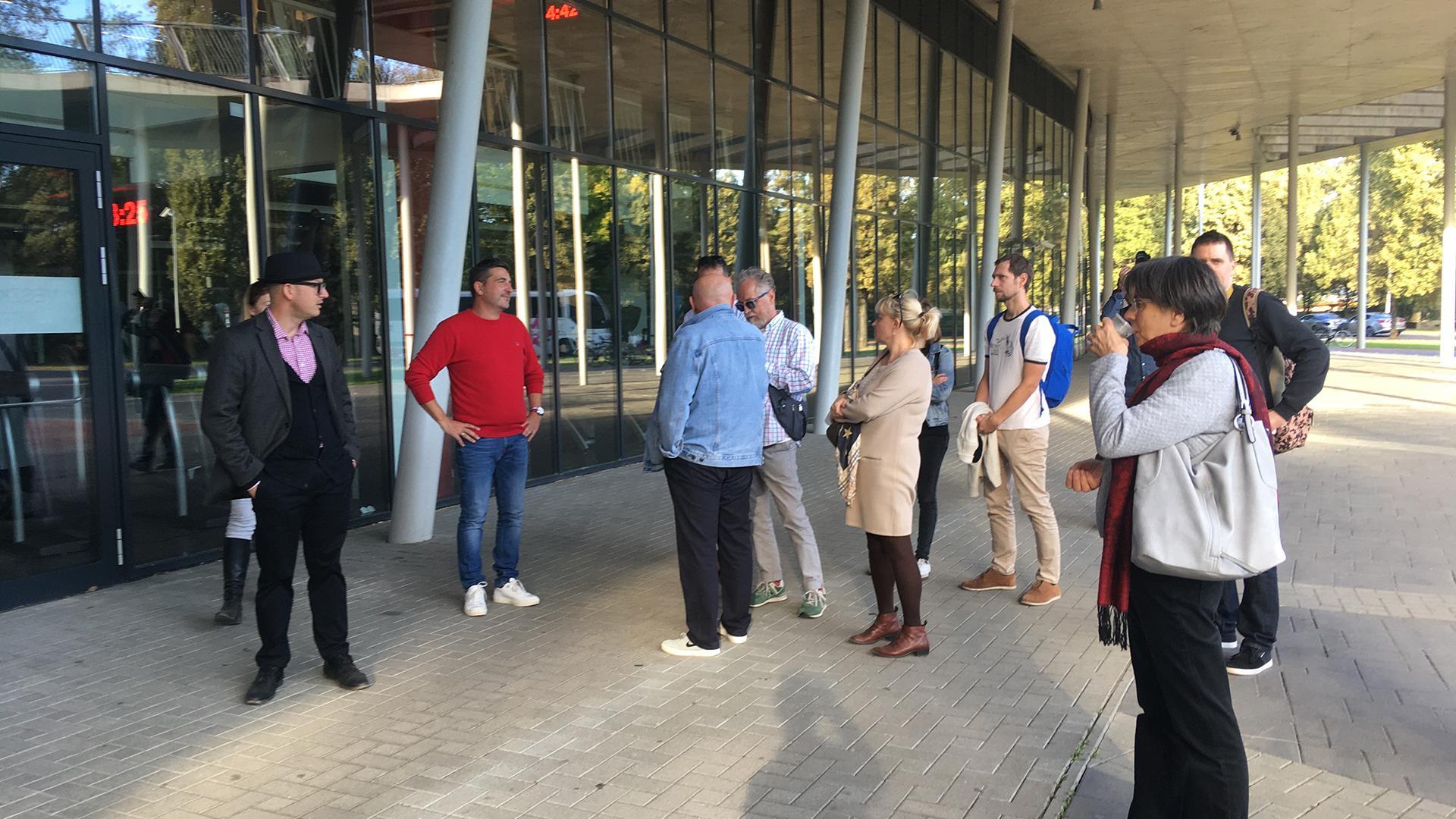 It is quite visible that the buildings completed throughout the Nagyerdő developments are not simple buildings. Their aim is not merely to suit the needs of the community but also to breath together with the park and the forest and serve as public surfaces of the city.

Of course, we visited the freshly opened International School too that is situated north from the city on the outskirts of Debrecen but still on the edge of Nagyerdő. Far from the centre and the park forest, this is a unique, cohesive forest area on the hem of which the school building prevails perfectly well symbolising community with its circular shape. 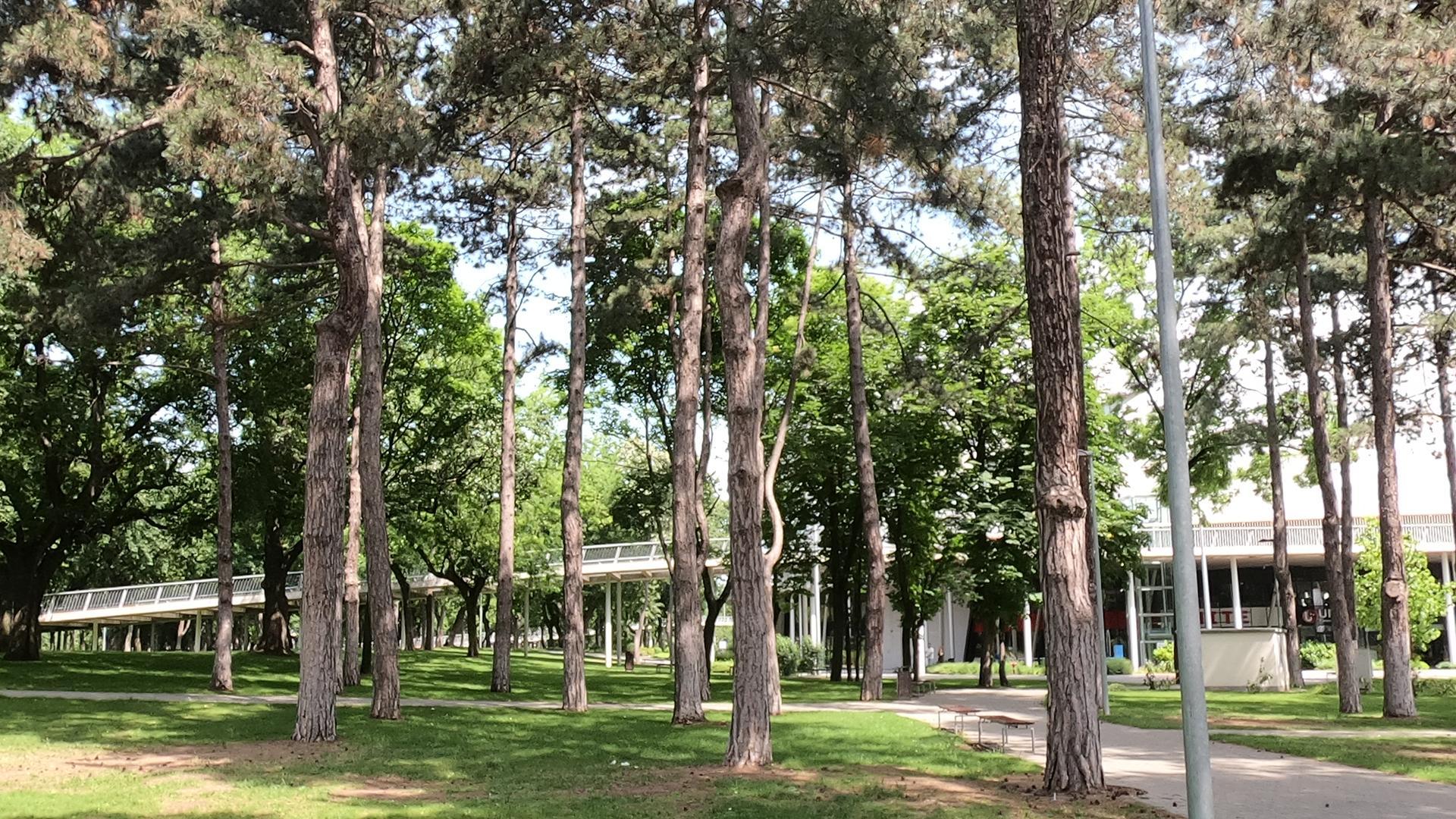 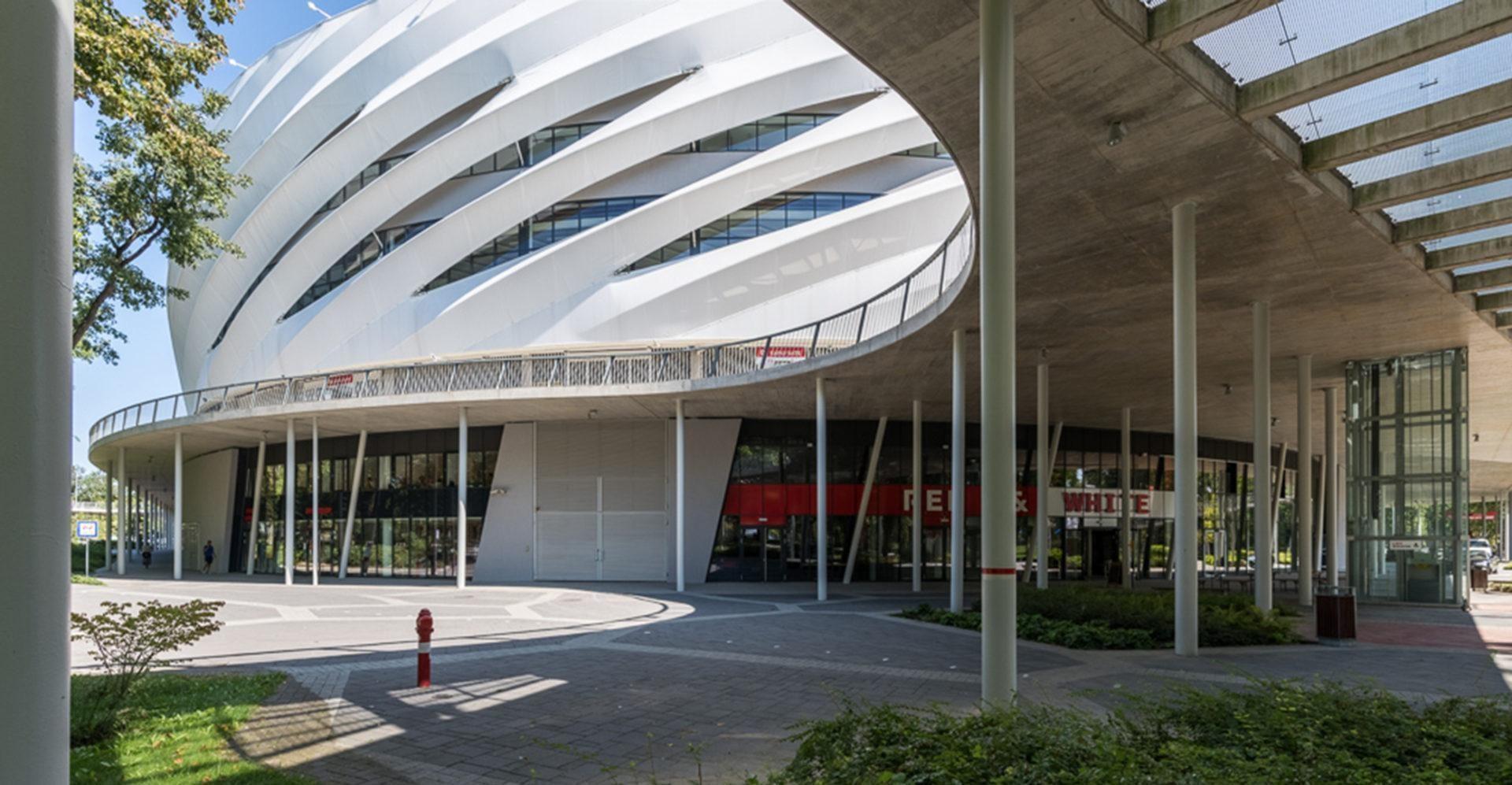 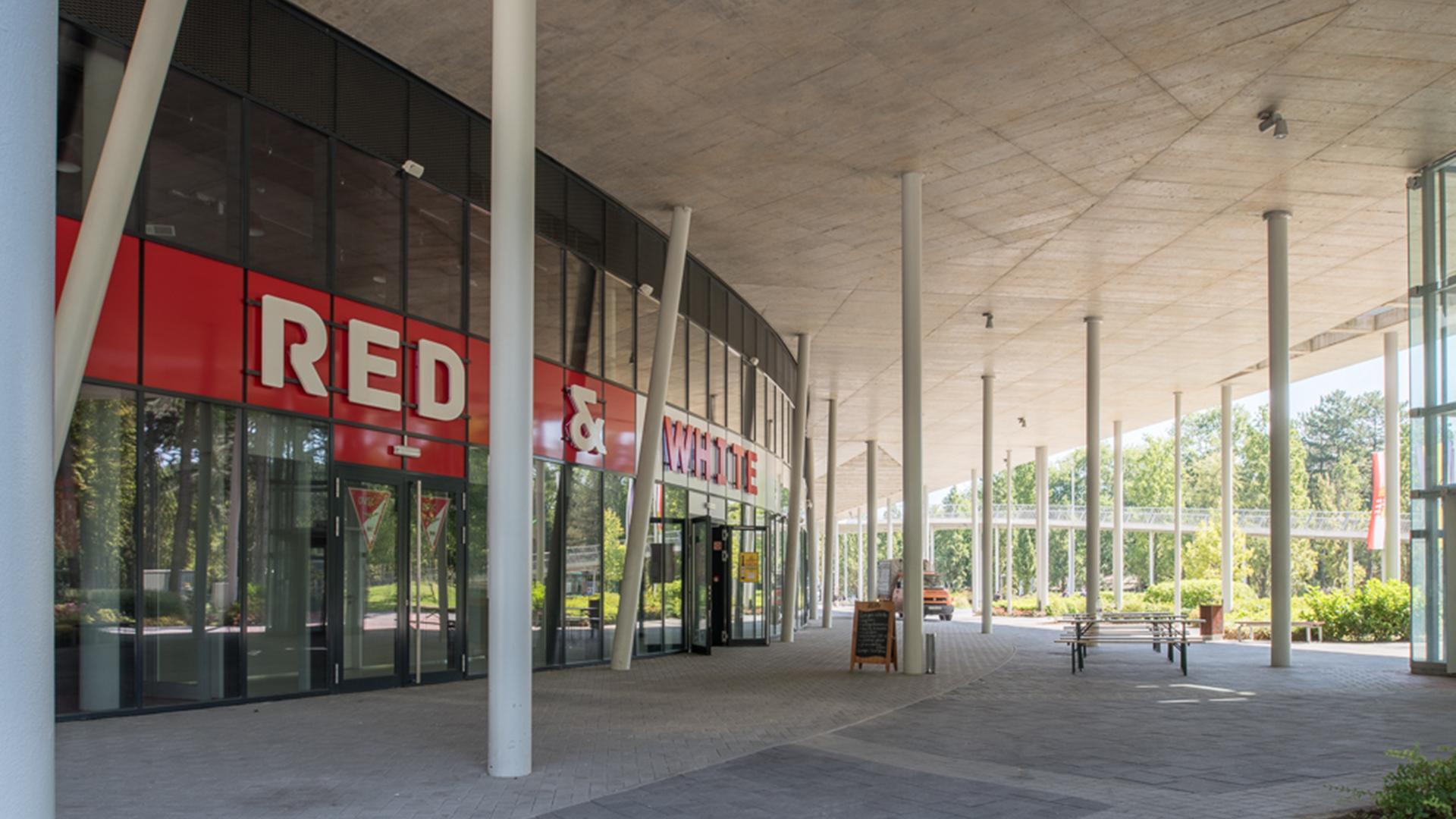 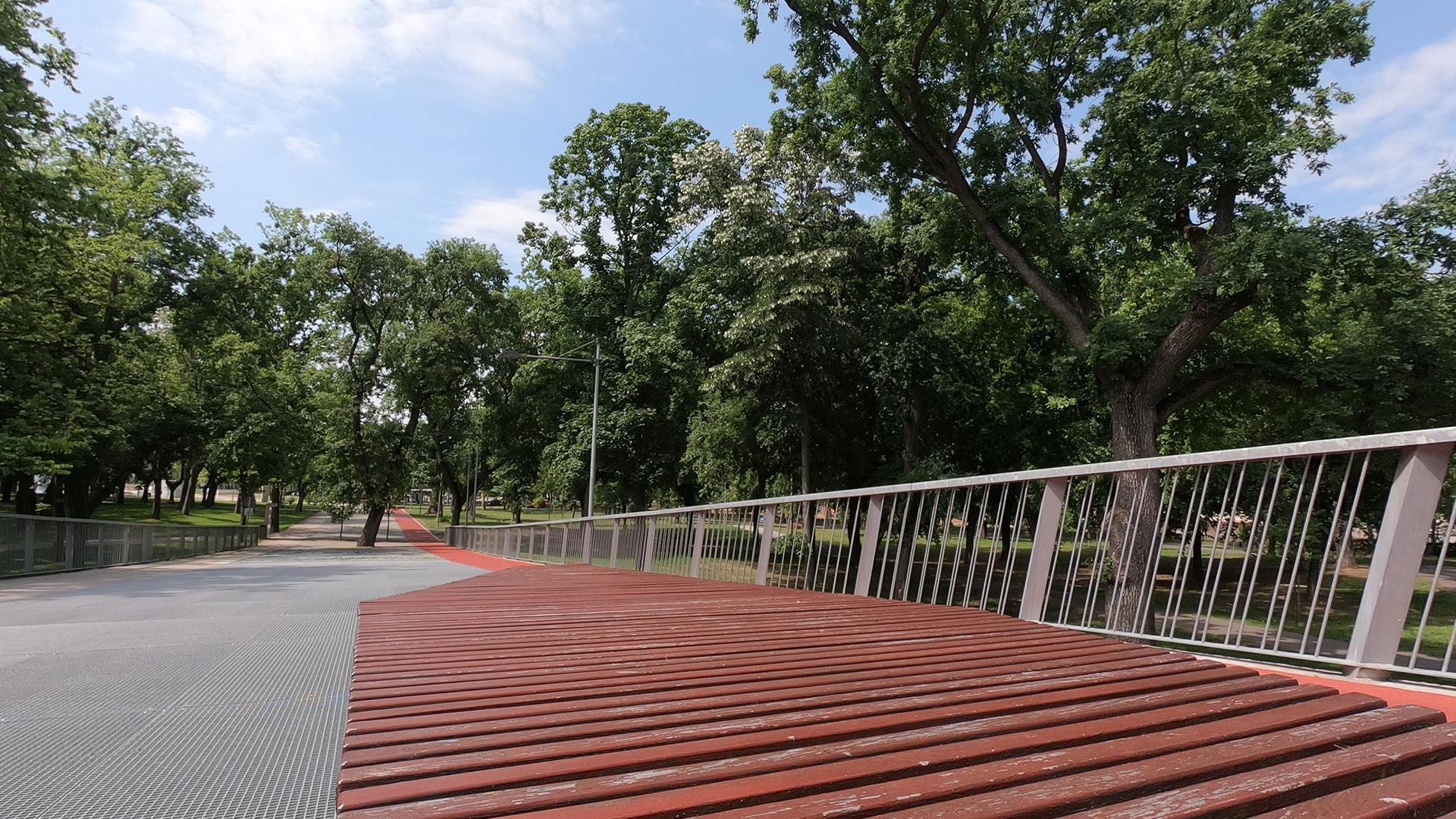 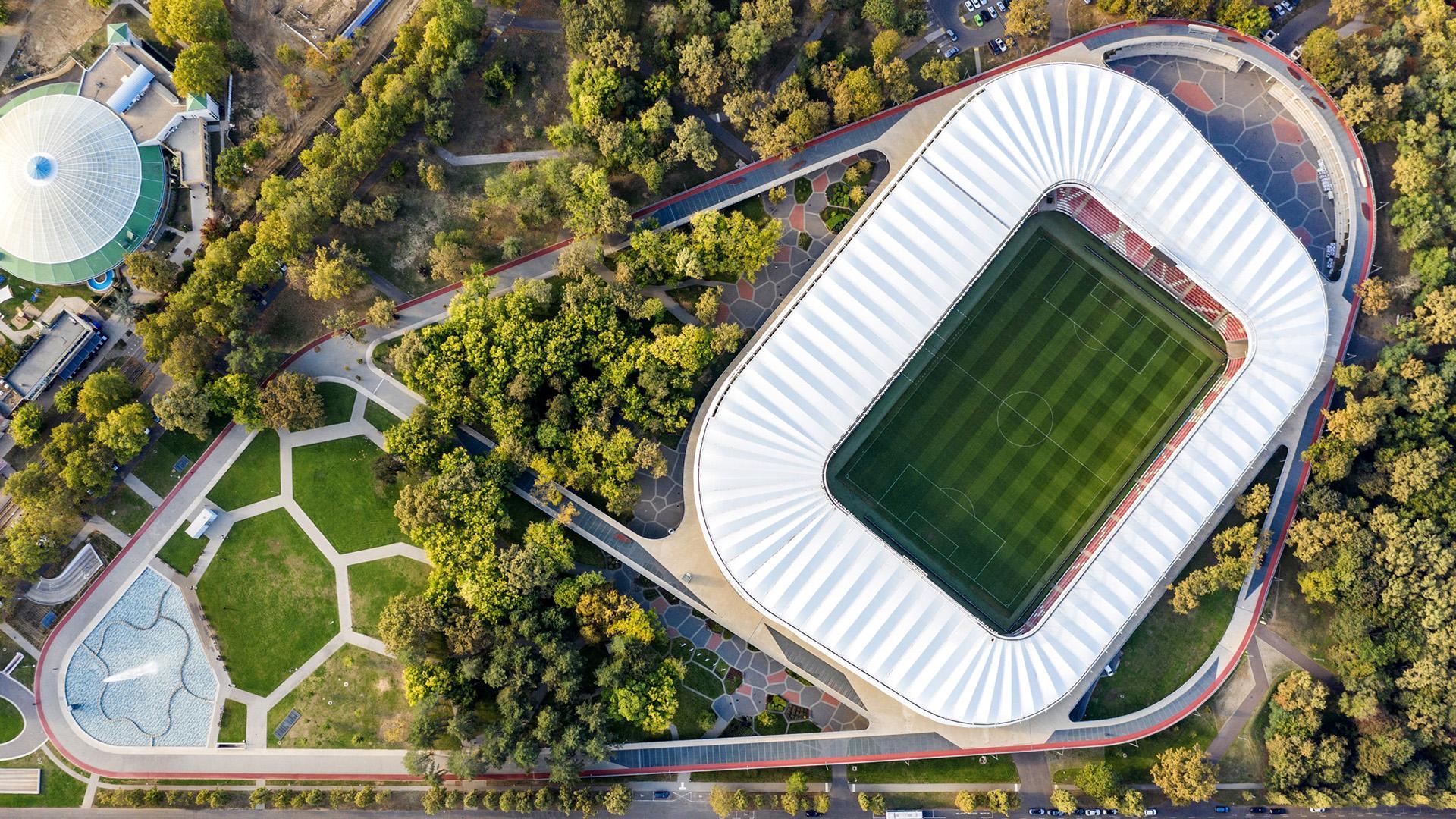 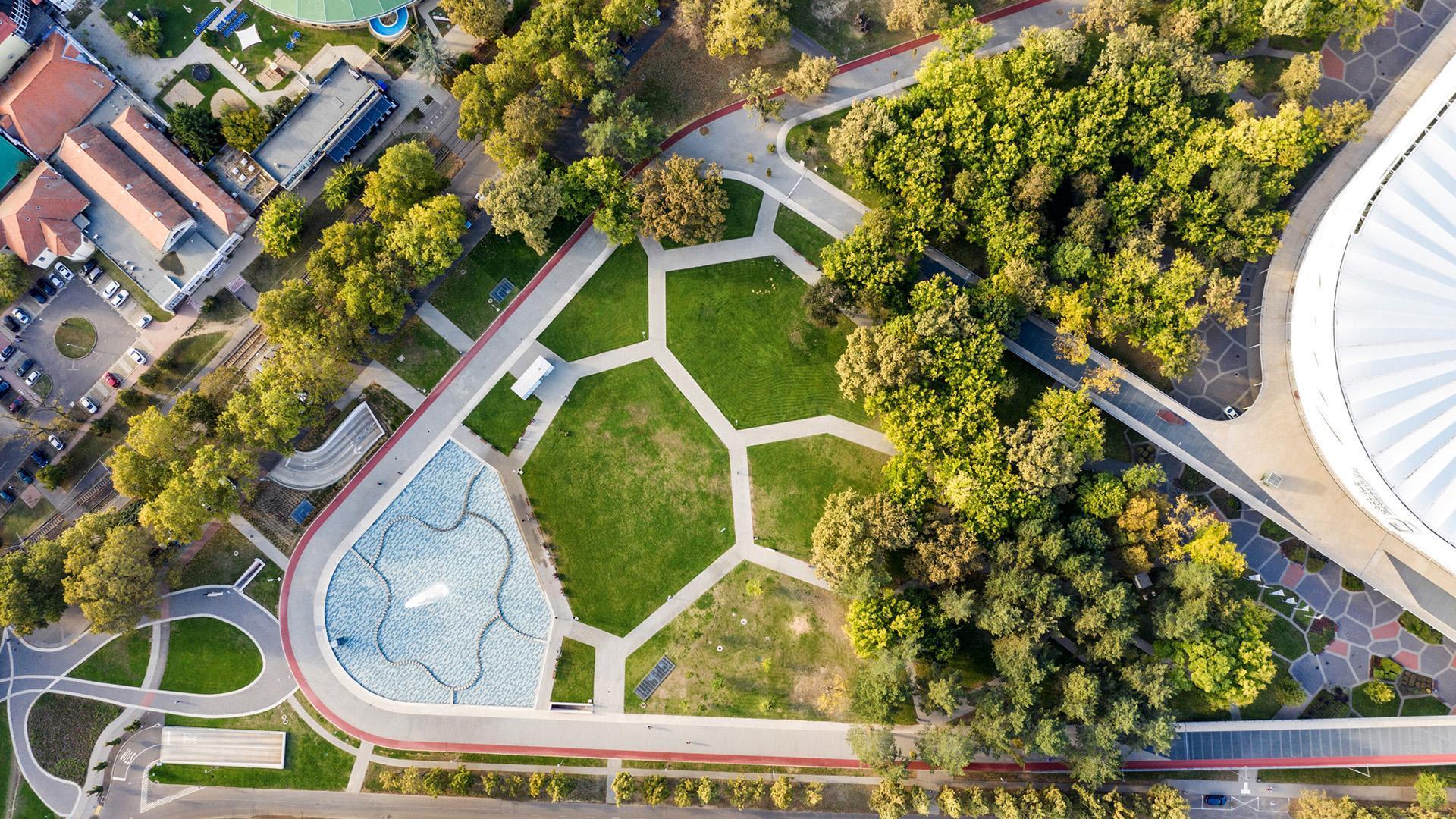 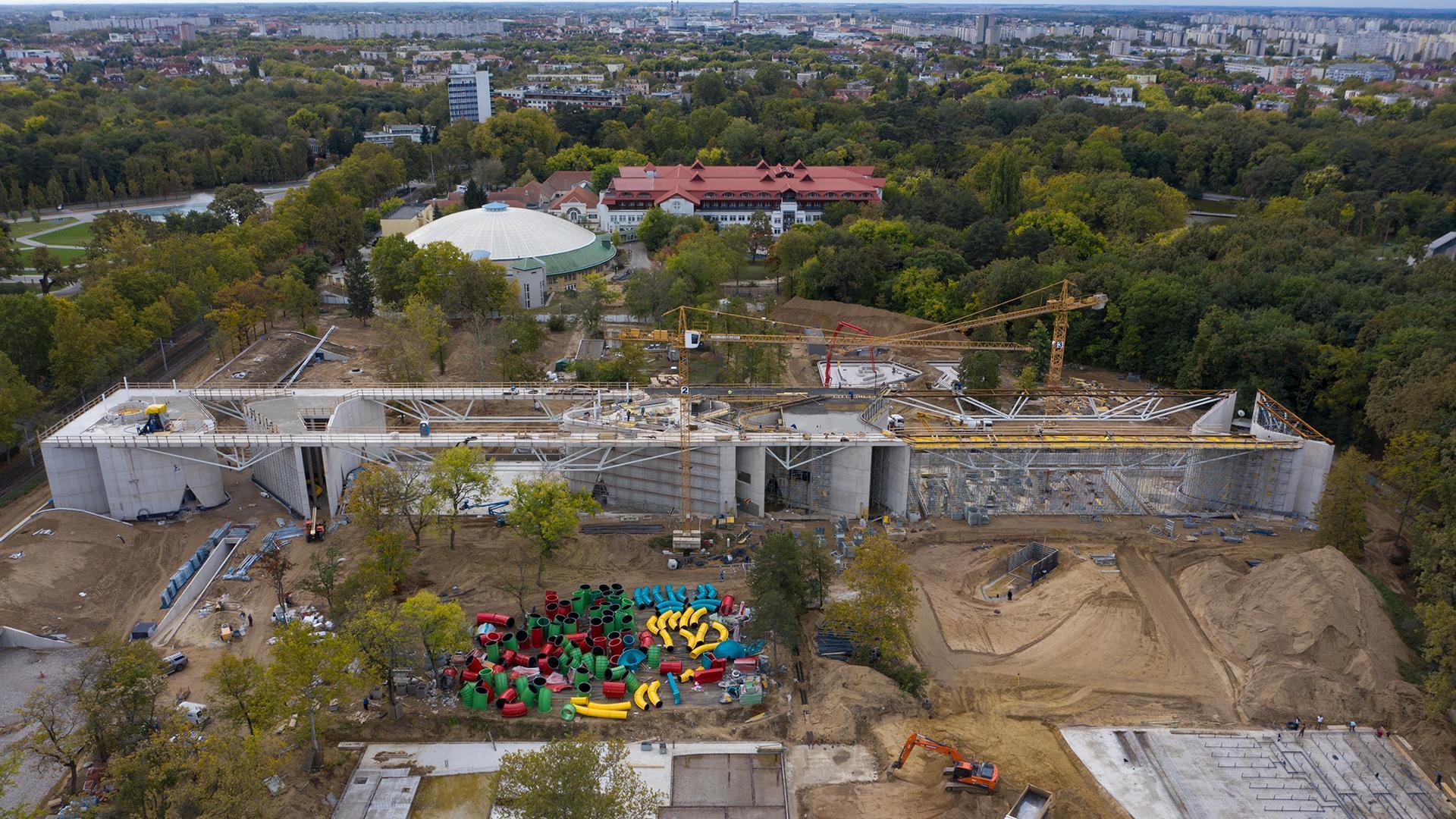 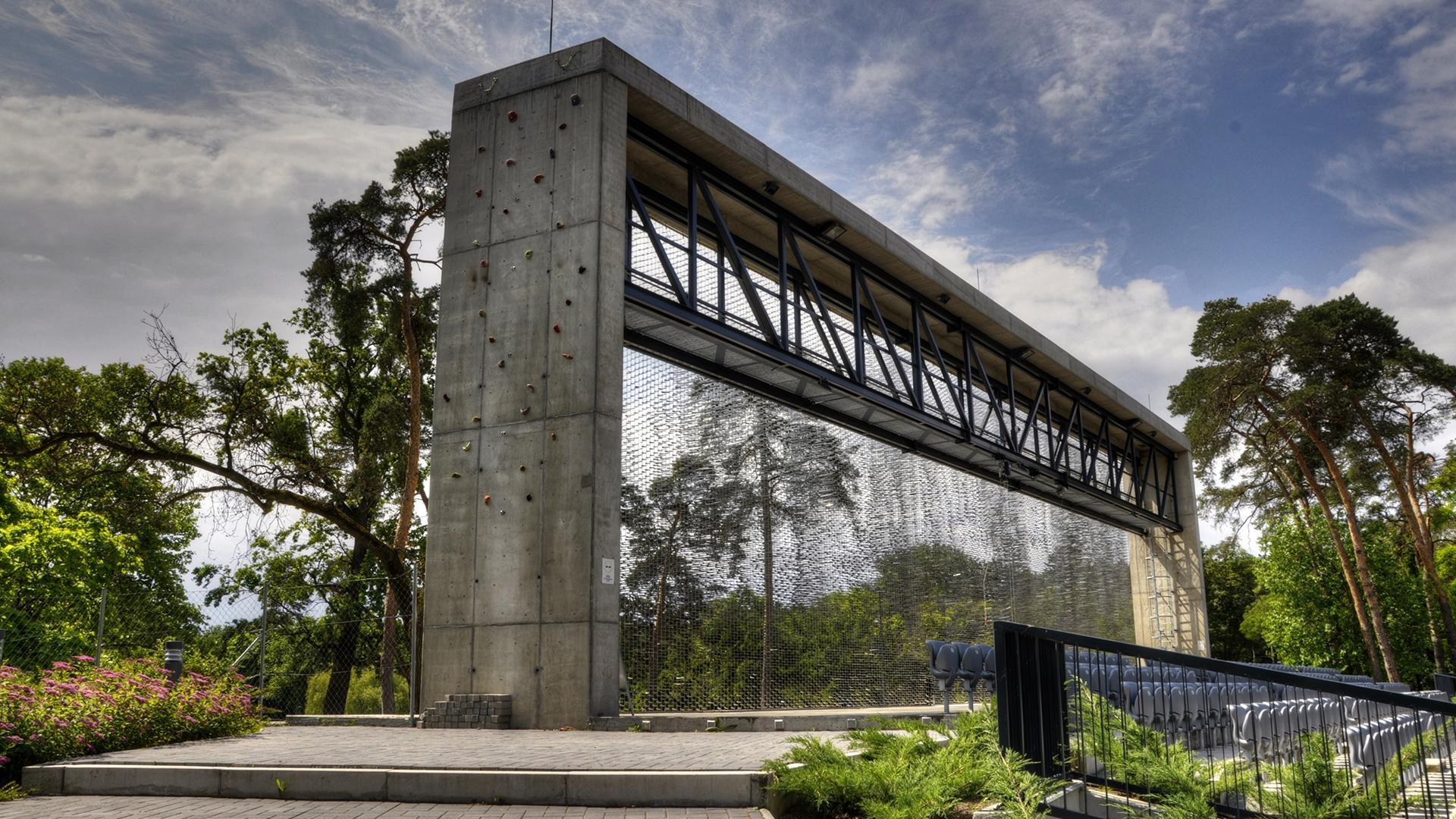 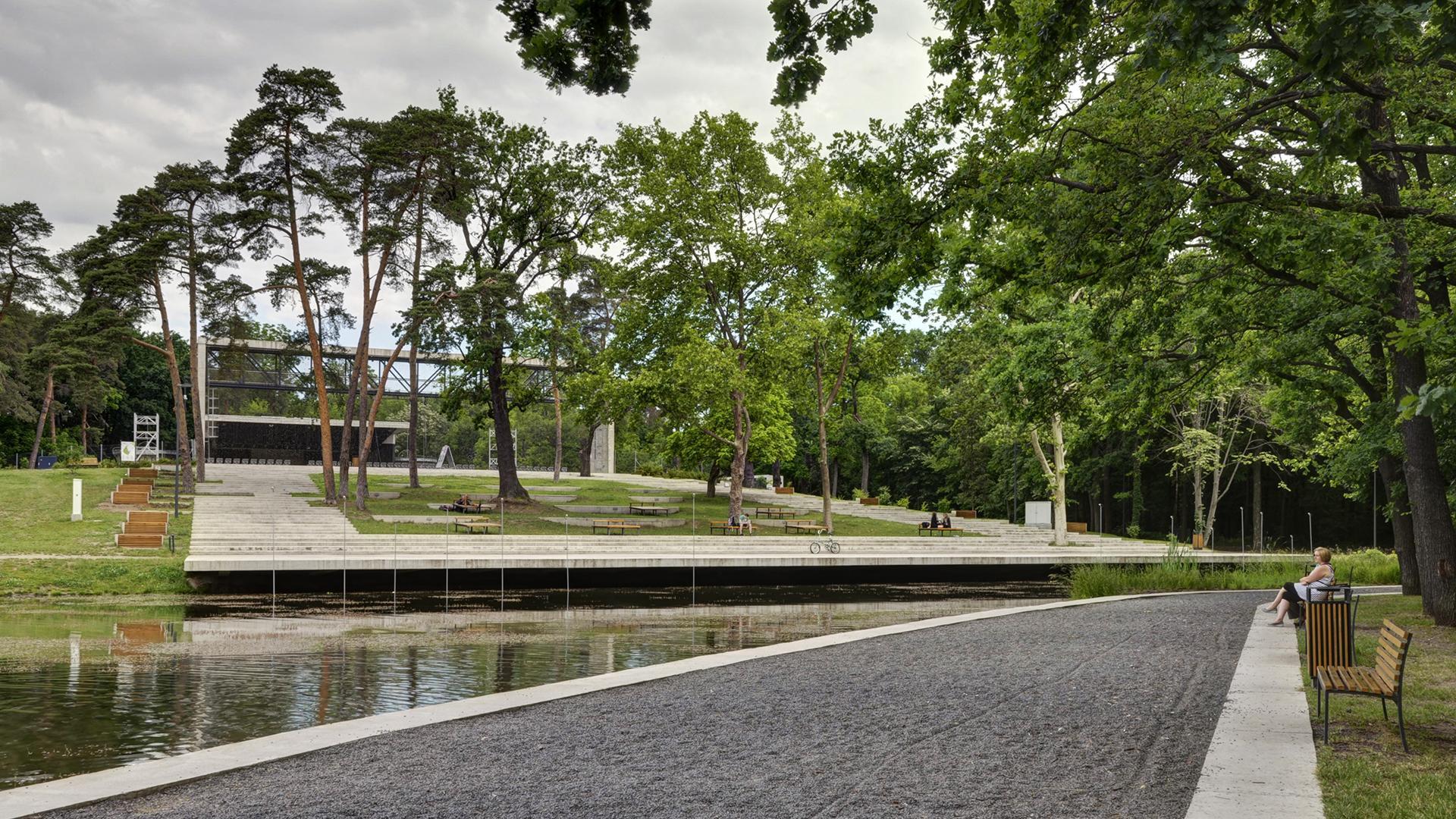 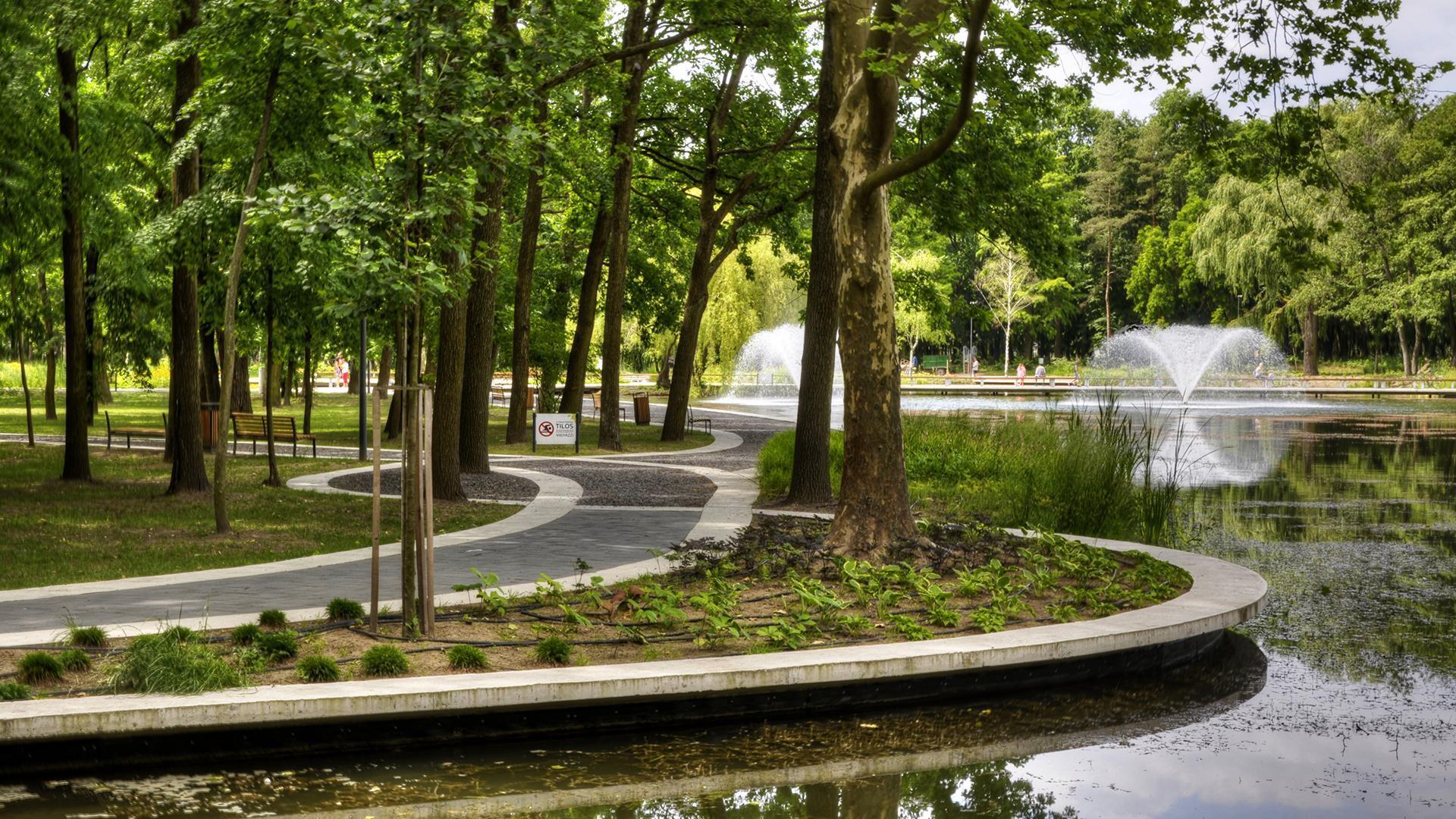